I am back! bringing up to date, as they happen, close ups of eBay sellers who are supplying fake (modern copies, unmarked as such) cash coins and also fantasy items that look like ancient pieces to the collecting public.

Not to insult anyone's intelligence, but there are a lot of people out there who are really new at collecting, and since eBay doesn't really have anyone who knows what they're doing when it comes to counterfeit items being sold on their web site, well, I guess I'll have to do it.

One thing I want to say, though. There are some pretty darn good copies of rare Chinese cash, and even some really artistic and well-made imitations and fantasies that are actually worth collecting. So, I am not providing this service to ruin anyone's business. In fact, I wish there were more sellers in China who were willing to sell these reproductions 'as is' without messing them up with fake, painted-on patinas, etc. Some of the metal working on these pieces is to die for, honestly.

If you do buy some good quality FAKES for inclusion in your collection, be sure they're properly marked as such, as FAKE or COPY. You don't have to stamp them. You can write on the back in white ink (as collectors in olden times used to do) 'COPY' or 'FAKE', or you can keep them in black envelopes as I do. My cash collections are color-coded: Tan = ordinary cash, Green = expensive, rare ($$$) cash, Red = Iron cash, Black = FAKES, etc.
I also put a sticky label on each envelope with the rubbing and information, so you can't go wrong, or accidentally put a coin in the wrong envelope. On my labels, the R# in the lower right corner is the Rarity: if it says RF, that means FAKE. See examples.

Okay, so yesterday morning I was engaging in one of my favorite meditations... looking at eBay coin listings and finding fakes. I hadn't noticed angelia79099 before. Some of their stuff really is nice, and I'd buy a few pieces for my black museum, except I'm kind of broke at the moment. Perhaps if you find this post soon enough, and you like any of the items I show below, you might go to their auction or buy it now, and get them for your black museum.

('Black museum' is slang for a museum of criminal or counterfeit artifacts. It has nothing to do with what in America is called 'Black Culture.') 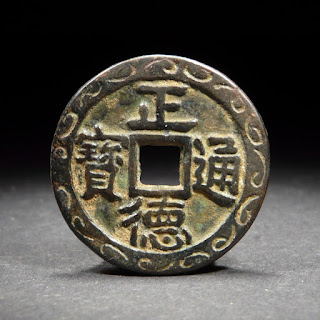 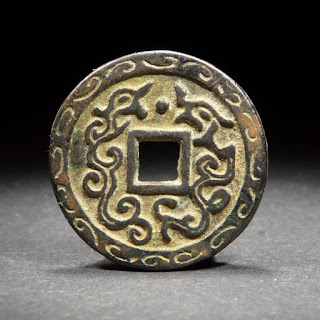 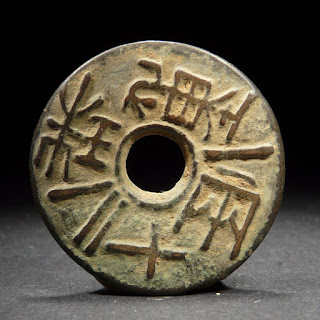 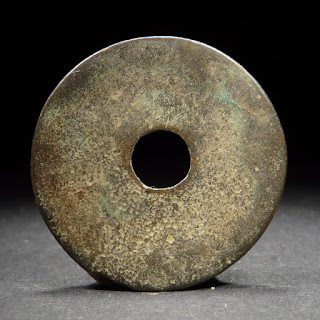 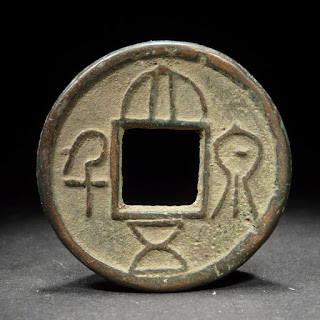 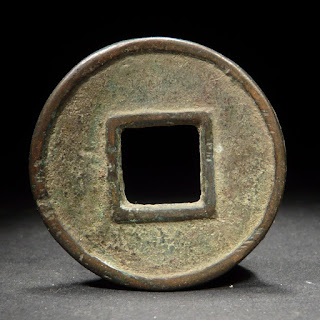 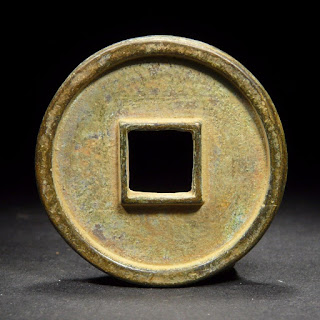 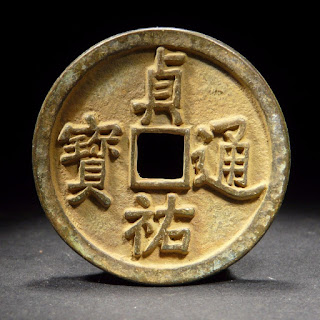 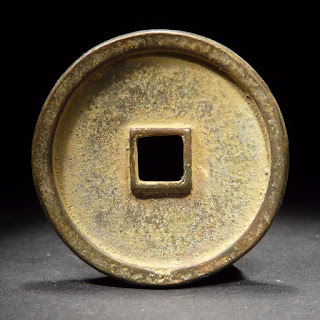 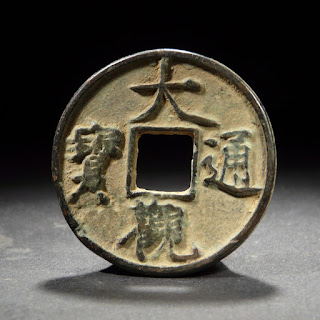 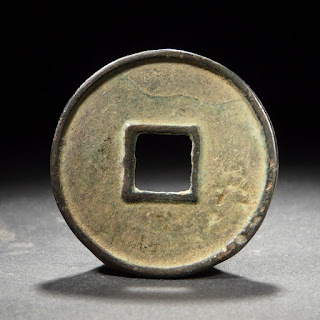 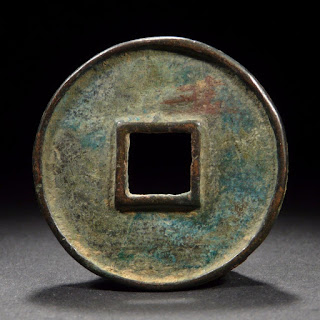 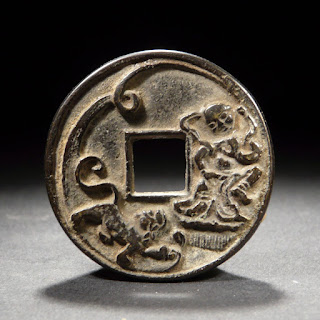 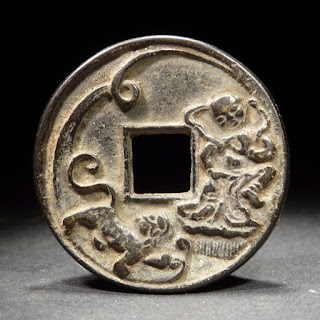 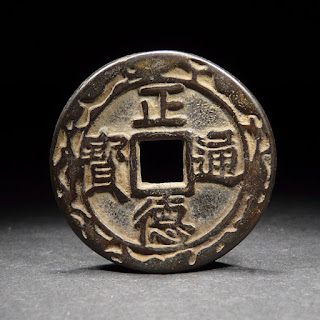 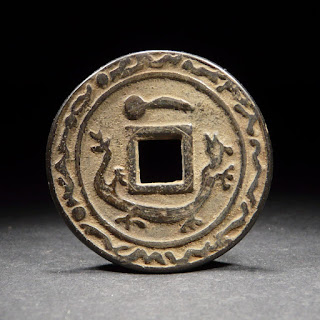 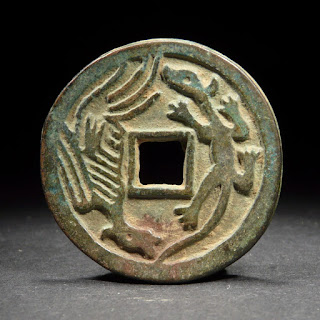 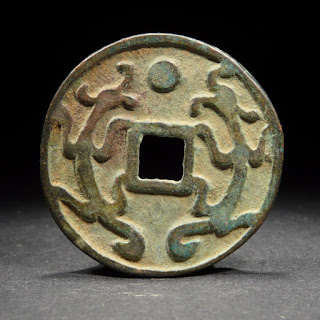 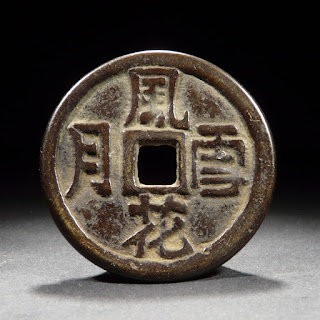 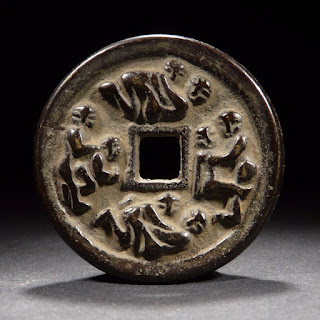 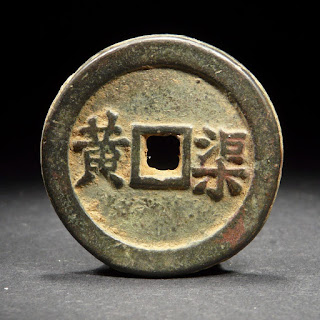 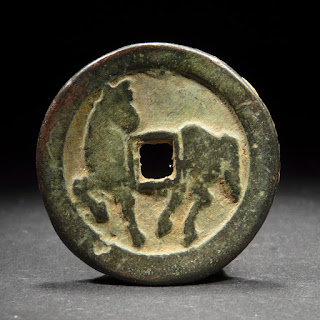 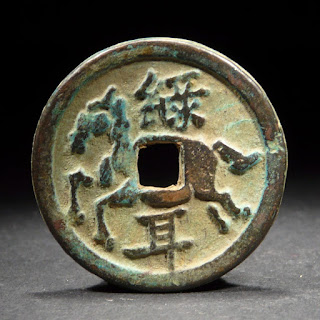 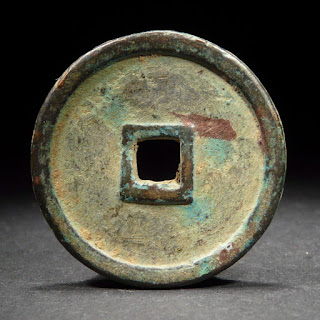 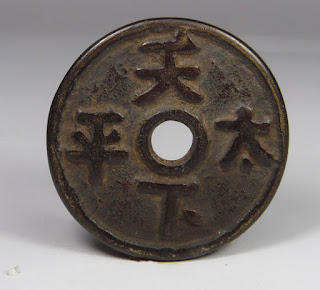 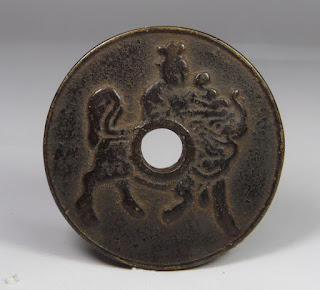 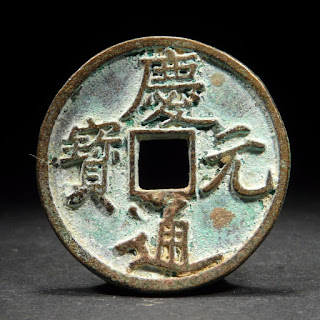 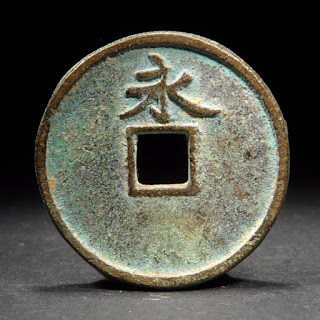 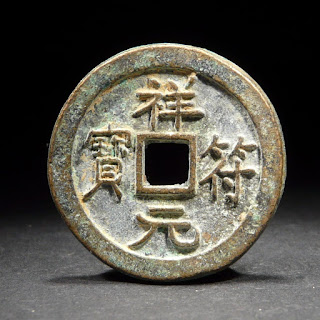 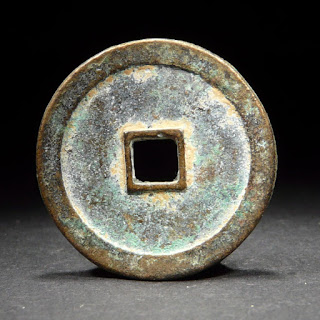