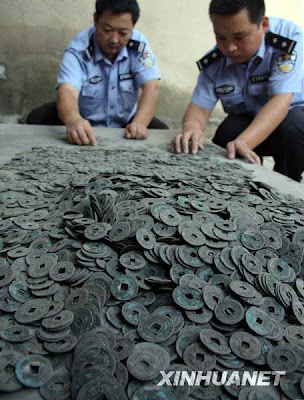 I have been using for some years a website put up by Lars Bo of Denmark which takes in hand the issue of eBay dealers of Chinese coins, separating the legitimate from those that sell fakes. His website, eBay Dealers and More, is linked in the side panel of this blog, but I wanted to do a complementary page of my own, based on current conditions, and with my own remarks and advices.
Using the list of dealers listing auctions today, and supplementing that with a few that were not up today, I want to provide the following breakdown of eBay dealers. This breakdown is based on my own dealing with the eBay sellers in question, my experience with them, in the case of those who sell authentic coins. I have not dealt with any of the dealers of fakes except on a couple of occasions when I wanted to obtain a very high quality (deceptive) copy of a rare coin to be used in an educational setting. My reference collection is, as far as it is in my power and luck, composed of only authentic pieces, with a handful of marked copies (fakes). I will point out who are the purveyors of the best fakes, if that weren’t already obvious. I am only listing dealers that sell cash coins, with one or two exceptions as marked. The list is not intended to be exhaustive. I don't know if and when I will update it. 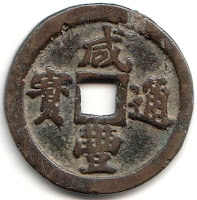 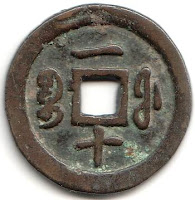 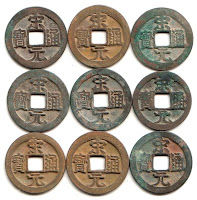 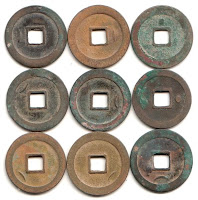 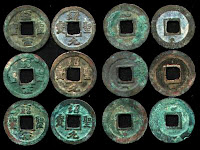 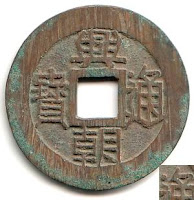 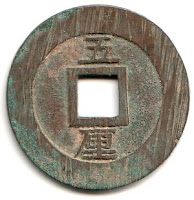 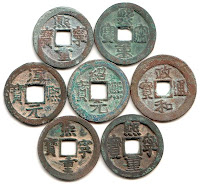 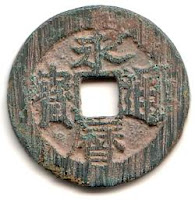 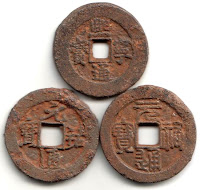 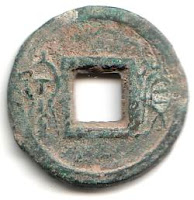 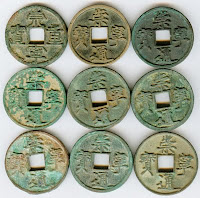 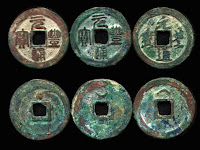 All Silver Cash Coins on eBay are Fakes!
The coins pictured below are cast in silver. No cash coins have ever been cast in silver for general circulation. The selection below purports to be from all time periods, but all are modern fantasies. 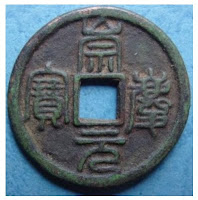 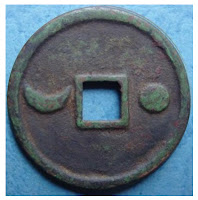 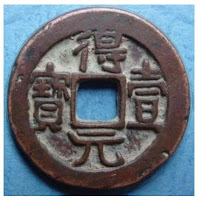 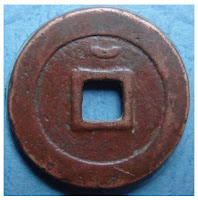 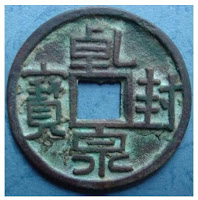 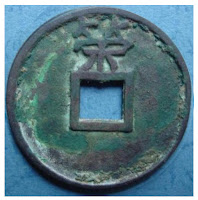 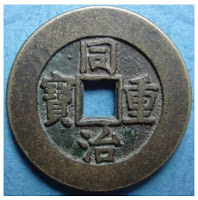 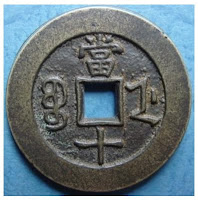 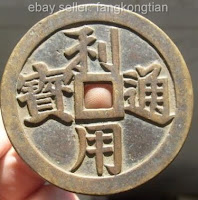 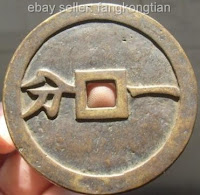 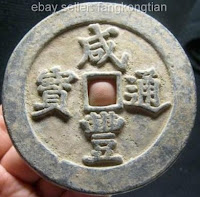 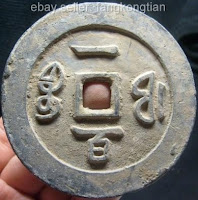 There are other dealers that did not have anything up for auction today that I have missed, both on the side of authentic coins and fakes. In the list of dealers of real cash coins, many are one-time listers, private individuals who have found some cash coins in a drawer or box and want to see what they can get for them. They're harmless and will disappear as soon as they’ve made a sale.

What is my purpose in publishing this information?
Am I out to identify and punish the dealers in fake coins?
Well, identify, yes; punish, no. I am not going to sit in judgment on them, as from their point of view, many of them would not see what they are doing as wrong. They are, in fact, making available many rare pieces as very high quality replicas. Their mistake, from a Westerner’s viewpoint, is that they are not marketing them as fakes. If I was a wealthy man, I would even like to collect the rare pieces being offered as well-executed copies by, for example, fangkongtian. At least I could display them openly in my public rooms and not have to keep them in a safe. It’s all a matter of one’s sensibilities about history, art and authenticity.

My purpose in publishing is also to alert any collectors who are not experienced enough to be able to differentiate real from fake Chinese cash to gain some knowledge. It is also alarming to me that vast quantities of fake Chinese coins are flooding the world market and will continue to plague and deceive the unwary for possibly generations to come, but let's hope not.
Posted by Norman F. Gorny at 5:00 PM